If you have been trying to understand why some people decide to vanish leaving nothing but static behind, then this article is for you. Today, we explore the concept of ghosting in relationships. According to the New York Times, ghosting is “The act of suddenly ceasing all communication with someone you are dating but no longer wish to date.” This is done in hopes that the ghosted will just get the hint and leave the subject alone as opposed to the subject simply saying that s/he is no longer interested. 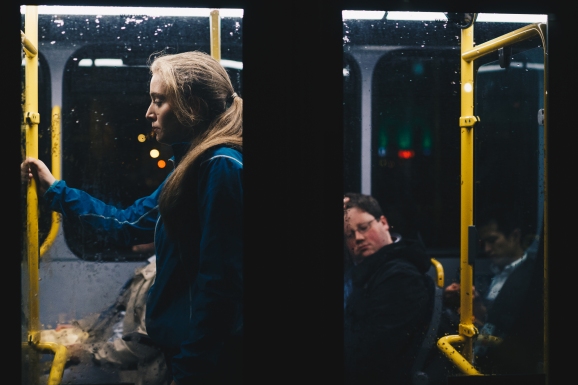 We are not going to deny that being ghosted can be extremely hurtful and the need for closure will always seem to dangle at the back of your mind. One question pulls another, leaving you emotionally worn out while challenging every ounce of sanity in you. We also understand that the longer and more serious the relationship, the harder it is to cope with being deserted by your loved one. Bitter-Sweet has asked Chanel Omari, a journalist, TV host, TV personality, POP culture expert, fashion designer, reality star, radio host and DJ, the most burning questions about ghosting.

A lot of the times, people ghost one another because they are scared of confrontation or fear telling their partner the truth. This could be because they don’t want to hurt their partner’s feelings, so they think the best way to handle the situation is by avoiding it…AKA “GHOSTING.” From my research and personal experiences, I think those who ghost feel embarrassed to have the uncomfortable conversation of explaining to their partner that they are just not that into them and think that ghosting could solve it, but it never does. Another reason people can ghost is that they feel that their partner is dangerous so they perceive not saying anything at all or staying away from the situation to be the best option.

We live in the digital era of tinder/dating apps and social media where time is limited, and people are caught up in multiple relationships rather than sticking to one and seeing where that one can go. It is unfortunate that often a partner is not even considered of value to the ghosters. They are so wrapped up in dating multiple people that they forget, or they think it’s too late to text back, which means they weren’t that interested in the first place.

Do you even want to date someone who doesn’t have enough respect or dignity to tell you the truth and let you down gently?

After so much research and going through my own personal experiences, I’ve realized that ghosting has all to do with the ghosters doing it and less to do with what’s wrong with the ghosted. Such cowardly behavior simply shows poor character. Chances are that you truly dodged a bullet and a better person is coming your way.

By the way, if that person is ghosting you, don’t think for a second that s/he doesn’t ghost every other girl or guy in their life too! Again, it’s not about you.

The act of ghosting says a lot about the ghoster’s own insecurities that are unfortunately being projected onto you. Usually, ghosters think it’s a better tactic to not engage at all so they prevent saying hurtful or disappointing things to the other person. Sometimes ghosters are battling with depression, trauma or a life crisis where they choose to avoid everyone in their life. They just can’t deal with emotionally triggering individuals for the moment because they feel overwhelmed.

The truth is I can tell you a million reasons why people ghost one another or the meaning behind it but for the most part we don’t know the exact reason and that’s ok. I want you to know that, if you are a victim of ghosting, you don’t have to know the reason. You just have to know that it was never about you. You have to know your self-worth, love yourself to the core and understand that it’s their problem, not yours. Easier said than done but there are ways to help cope with it.

There are moments when you can text your ghoster and ask him/her for feedback or closure as to why they pulled back or disappeared and sometimes you will get a good answer or no answer at all.

It’s a risk you should be willing to take for your own self. It’s the first step in coping with the whole situation. As human beings, we should always be evolving and learning to communicate with one another despite what others do to us. However, I will tell you this – The feedback can only do so much for you. Sometimes it’s better not to have feedback at all and understand that ghosting is a sign that they are just not that into you and that’s ok.

I want you to understand something very clearly: You did nothing wrong. You can’t change who you are to be with the person you love. You need to love who you are to attract the right person, who will love you for all of you and not ever feel they have to ghost you in order to avoid hurting your feelings.

I can tell you this – part of being ghosted is actually a sign that you are that much closer to meeting Mr. or Mrs. Right and all those ghosting experiences you had to go through were worth it because it teaches you a lot about you and a lot about what you do and do not want in a partner.

I think this happens to both men and women equally. With the new digital world of dating and all the options these dating apps have to offer, it’s easier to get bored with one person and move on to the next very quickly. We are living in an era where if we aren’t satisfied in that instant moment or instant swipe, we lose interest and move onto the next. Whether that is considered selfish, rude or heartless that’s just the way our world is operating now, and we have to be strong, resilient and know what we want so that we can avoid the ghosters and attract the lovers.

All in all, ghosting hurts and sucks but it’s always possible to turn the negative into a positive. It usually takes from two weeks to a year to get over ghosting, depending on the length and depth of the relationship. You just try to move on and wish for the best.

Here are ways to cope with ghosting:

I hope this advice helps and realize you are not alone in this because I am right here going through the journey with you. 🙂